Architects, engineers & developers! Know the benefits of a Schedule of Condition/Dilapidations Surv 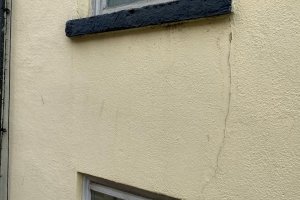 Attention architects, engineers and developers! Know the benefits of a Schedule of Condition/Dilapidations Survey.

Many builders start work on site, often involving demolition or piling, with no regard for the condition of the neighbouring buildings. The ball and chain start swinging or the pile driver hammers away and their impact on the adjoining building(s) tends to be overlooked by the foreman. It’s often only when the neighbour, or their surveyor, comes in and complains about vibration causing cracking in their building that the foreman’s attention turns to next door. By then it’s too late!

What is a Schedule of Condition?

In general terms, a ‘Schedule of Condition’ (or a Dilapidations Survey as it is called in the industry) is a definitive statement and record of the condition of a property before works start on an adjoining site. It identifies any existing defects (cracks/blemishes/dampness/doors catching in the frame) prior to the commencement of work. It stands as a “point in time” reference to the condition of a property and will assist in limiting the developer’s exposure should the building works cause genuine damage to the adjoining or neighbouring building.

Most owner occupiers haven’t noticed the harmless hairline to light cracks throughout their building before the vibration starts. Without a Schedule of Condition, it’s impossible for the developer to prove they pre-date the works.

When the survey is complete, the developer may decide to share the report with the owner/occupier. In fact, this is often a good way to get access to the neighbouring property in the first instance because the owner gets an insight into the structural integrity of the building. On the basis of the report, the developer decides on the level of monitoring required during the works; be it fitting tell-tales or a vibrograph to measure any movement.

Without having a detailed record in place, it can prove very difficult for either party to establish what condition the premises were in prior to the works starting. If parties are unable to reach a settlement, the matter can take many months, if not years, to be resolved and at great cost, especially if the matter is referred to the courts or determined through arbitration. Presently, some cases are taking up to three years just to be heard in court.

Many developers fail to understand the risks and the likely financial impact of having to return a property to an agreed condition. This usually proves to be a very costly oversight. So, get your building surveyor out there with his/her camera, crack measuring rule and dictaphone!