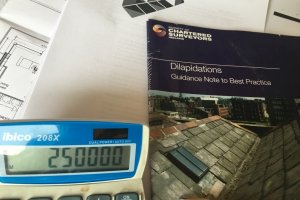 Supersession in dilapidations claims (works the tenant is required to do to comply with the lease repairing obligation) relates to works that could be claimed for but have been superseded. So in effect there is no loss to the landlord. A recent example we came across related to large timber rolling doors on an old warehouse which remained suspended on the external façade of the building but were replaced by a modern roller shutter door fitted to the inside of the opening. The landlord claimed for the replacement of the old heavy timber door and the only obligation, in our opinion, was to remove the redundant decayed door, make good the external elevation and service the newer modern roller door – the net cost of which was 25% of the landlord’s claim. If he was allowed claim for the works the landlord would in effect profit from it as he would get paid for work that he would have done in any case irrespective of the dilapidations.